Smart fabrication, smart logistics, or smart farming: Distributed networks of sensors are working hard for us every single day. In the past, every application needed a custom solution to run the sensors and process the data. Researchers at Fraunhofer IZM have now developed a platform that can be easily mixed and matched for each purpose—saving lots of effort and resources along the way.

Wireless sensors are present in almost all electronic devices. They are all around us: From weather stations to indoor climate monitoring, sensor systems are designed to track various parameters. But what if a single platform could do all of their jobs and monitor temperature, pressure, humidity, distance, light, and virtually anything else?

This all-in-one solution would mean that the wheel does not have to be invented again for every single application, as there is one universal and cost-efficient solution for many of the afore-mentioned use cases.

It has been five years of work on this ambitious mission for the researchers at the Fraunhofer Institute for Reliability and Microintegration IZM: The result of their efforts is a comprehensive hardware and software ecosystem for a sensor-actuator platform that makes condition monitoring in industrial use easier and faster than ever before.

The secret behind the success of the Sensor Nodes & Embedded Microsystems group at Fraunhofer IZM? Many projects and separate developments produced e.g. at the Berlin Center for Digital Transformation in cooperation with other Fraunhofer Institutes each added new insights and capabilities and slowly made the platform what it is today. Time for a look back at the evolution of today’s wireless sensor platform.

In the first phase of the work, in 2017 and 2018, the researchers focused on developing a modular hardware platform that could cover most of the identified use cases. At Hannover Messe, these capabilities were showcased for the first time in a live setting, with the system fitted to an industrial robot to track temperature and acceleration in active operations as part of wireless condition monitoring.

Samer Al-Magazachi, research assistant at the Technical University of Berlin and cooperation partner of Fraunhofer IZM, is still pursuing this field of application after originally investigating in his master’s thesis how location tracking capabilities could be added to the platform by using Bluetooth Low Energy. This led to the second incarnation of the platform.

A USB-chargeable battery was integrated to power the platform for truly wireless use. Additional sensors were added to measure e.g. light intensity or air pressure, and a real-time clock included for even more precise data capture.

The team at Fraunhofer IZM investigated opportunities to merge the motion detector data with radar and stress sensor data. At Productronica 2019, they were able to demonstrate the system in a wind tunnel to show how it could detect and report deformation in a machine or a steel bar.

It is data like this that will help operators perfect the timing of their machine maintenance procedures or intervene in good time and replace affected parts before entire machines or production lines need to come offline. Alongside the new battery system and USB connectivity, the LoRa radio technology was added, initially in the context of a dissertation.

LoRa is a particularly energy-efficient standard that can transmit smaller data sets, like the sensor data, over vast distances. A desktop application for Windows, macOS, and Linux was developed to capture, visualize, and store the data in a user-friendly GUI that makes it easy to control and retrieve data from the system.

In its most recent incarnation, called Swarmy, the demonstrator has evolved from a proof-of-concept design to a full-blown sensor-actuator platform that can control motors in a mobile system. The platform’s batteries now work with the Qi standard for wireless induction charging, and several additional sensors have found a place on the platform, including a time-of-flight tracker, a light intensity sensor, a gas sensor to measure air quality, a noise-measuring microphone, and a pressure sensor.

With its modular design and choice of interfaces, even more external sensors could be added, like chemical sensors to analyze liquids. This makes Swarmy a great complement to other established systems. For even better ease of use, the desktop application has been ported to Android phones or tablets, which can connect to the system by Bluetooth.

The Swarmy application gives users a simple interface to harvest the data stored either on the device itself or in the cloud e.g. for further analysis by AI or for immediate use in other applications. The process could not be simpler: Launch the app, select a sensor, and start measuring. A software interface for tests was included to allow automatic tests of the platform when a Swarmy system is set up and connected to a PC to check that it is compatible with the target hardware.

The sensor-actuator platform allows for a multitude of uses and is a good candidate for distributed systems in many scenarios. Our list includes only a few selected uses out of the many possible applications.

The researchers at Fraunhofer IZM have long surpassed their ambitious goals from 2017, but this is little reason for them to stop their work. Their plans for the current funding phase is to make the platform even smarter by integrating swarm robotics capabilities, a prospect that is the subject of Samer Al-Magazachi’s doctoral research. The proposed system concept would make connected sensor systems even more robust and reliable, but also more versatile and flexible for different use cases. It would be easier to scale up or down and promise greater security, as it takes away the easy target of a single, central system.

Conclusion: So above is the A universe of sensors on an all-in-one wireless platform article. Hopefully with this article you can help you in life, always follow and read our good articles on the website: Zliu.info 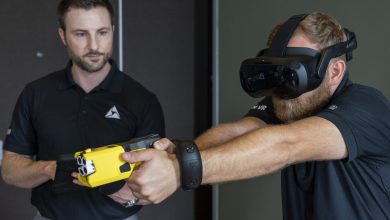 Sniffing out your identity with breath biometrics 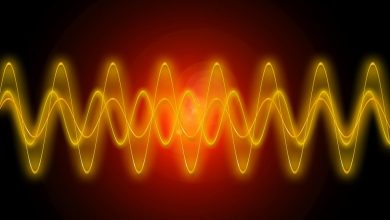