Found in 56 countries across six continents, it’s the biggest cause of decline in global amphibian populations. So far, more than 500 amphibian species have been affected, with more than 90 species wiped out by the disease.

In Western Australia, we have been relatively lucky. While our frogs are affected, they seem to be less susceptible to the disease and haven’t experienced major declines.

But that doesn’t mean we can just froget about it. The population of three of our most well-known frog species—the motorbike frog, western banjo frog and moaning frog—have all declined due to chytrid fungus infections.

Frogs have an ability to drink and breathe through their skin. A crucial part of their biology that’s vulnerable to the chytrid fungus.

The fungus starts life as spores spreading through water and burrowing into the frog’s delicate skin.

When chytrid fungus attacks the skin, the frog loses its ability to move water, electrolytes and oxygen in and out of its body. This affects its breathing and muscle movement, until the frog inevitably croaks.

Finding a cure for chytrid fungus is tricky.

Fungicides can help treat infected frogs and works well in captivity or for small populations. But we can’t go spreading fungicides all over the planet

Until now, we have relied on captive breeding and recovery programs to help save species from extinction. But captive breeding programs are expensive and labor intensive. Toadally worthwhile if they work, but very costly if they don’t.

New research from the University of South Australia has found much more research is required if we are to ever overcome the chytrid fungus.

In the study, researchers took 24 common eastern froglets (Crinia signifera) into captivity to see how they fared under different environmental conditions. Throughout the experiments, researchers measured their level of chytrid infection and the make-up of their skin microbiota.

Frogs have a complex and species-specific skin microbiota. It acts as a barrier, recognizing pathogens and activating the frogs’ immune response.

This is critical for survival in their natural habitat as frogs have unique microbiota depending on species and their individual habitat.

Darislav Besedin, the lead author of the University of South Australia research, says, “Frogs released into the wild after captivity programs will likely have a reduced resilience to pathogens.”

While it’s not perfectly clear as to how we can fully protect frogs from the chytrid fungus, there are two things we can do to make their life easier in the wild.

Never move frogs or tadpoles away from where you find them. They are specially adapted to live exactly where they are with their specialized skin microbiome. If you relocate them, there is a chance you could be inadvertently spreading chytrid to new habitats and populations of uninfected frogs.

And if you find any sick or dead frogs, you can send your observations including location and any photos to the national citizen science project FrogID or email [email protected]

This article first appeared on Particle, a science news website based at Scitech, Perth, Australia. Read the original article.

Conclusion: So above is the Can we cure the frog pandemic? article. Hopefully with this article you can help you in life, always follow and read our good articles on the website: Zliu.info 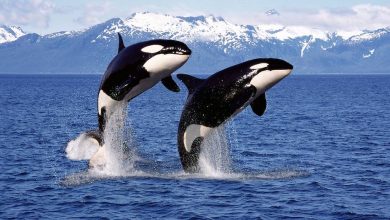 Deadly piston pump: How a colonization factor is secreted by bacterial type 4 pili