Drab urban environments tend to increase our stress, whereas nature can soothe the soul, but how do you get the best of both? One option is to increase color and vegetation in cities, but finding the best approach can be tricky. A new study in Frontiers in Virtual Reality has tested the effects of vegetation and colorful patterns in an urban environment. Employing virtual reality, the study found that green vegetation caused volunteers to walk more slowly, while also increasing their heart rate, indicating a pleasurable experience. Meanwhile, colorful patterns increased alertness, fascination and curiosity. The study illustrates the potential of simple interventions to improve the lives of urbanites, and also the power of virtual reality to test such interventions.

The cityscape can bring you down

Crowded streets, noise and drab gray buildings can lead to stress and fatigue. In short, cities can be bad for your health and emotional well-being. An antidote to such problems may lie in nature, which can have calming and restorative effects. After all, humans evolved in natural surroundings, and city life is a relatively new phenomenon.

One way to make cities more hospitable may be to introduce patches of vegetation or colorful patterns. However, installing plants or covering buildings in paint to test these approaches is expensive and inconvenient. Moreover, studying these phenomena outdoors can be tricky, as a huge array of factors can affect the final results.

“Measuring pleasure and motivation in natural settings is difficult,” explained Prof. Yvonne Delevoye-Turrell of the University of Lille, senior author on the study. “Human reactions are sensitive to environmental changes, such as weather or traffic, and measurement biases. Consequently, we used virtual reality as a proof of concept to measure reactions to these interventions in a simulated urban space.”

Using virtual reality, the team created an immersive urban environment with either no vegetation or some green vegetation. They also introduced colorful patterns onto a path in the virtual environment.

The researchers invited students at their university to participate in the study. Each wearing a VR headset and walking on the spot, the student volunteers spent time exploring the virtual environment. To determine where the volunteers were looking, and for how long, each headset included an eye tracker.

Vegetation and color for enhanced well-being

The study found that the students walked more slowly when there was green vegetation present in the simulation and their heart rate increased. They also spent less time looking at the ground and more time observing their surroundings. These results, which indicate a pleasurable experience, have also been found when people spend time near vegetation in the real world.

Color patterns alone did not have quite the same restorative effect as the green vegetation, but they stimulated interest and fascination in the students, and attracted their gaze while increasing their heart rates, indicating increased physiological arousal.

This study showed that virtual reality could be a very useful tool for urban planners, allowing them to test the impact of various interventions virtually. The results also suggest that increasing the amount of green vegetation and colorful designs in urban environments could enhance well-being in city dwellers, putting a new spin on the term “concrete jungle.”

In the future, the researchers hope to make the VR experience even more immersive to obtain the most accurate results. “Odors and sounds could be the next step for VR to truly test the impact of colors on the pleasure of walking,” said Delevoye-Turrell.

Conclusion: So above is the Colorful urban environments, even if just in virtual reality, promote well-being article. Hopefully with this article you can help you in life, always follow and read our good articles on the website: Zliu.info 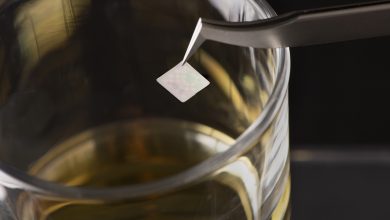 An edible QR code takes a shot at fake whiskey 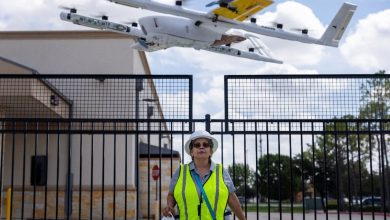 Pie from the sky: drone delivery lands in America 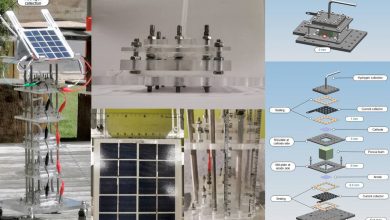 Making hydrogen out of thin air