“Metabolism” describes the body’s chemical changes that create the necessary materials for growth and overall health. Metabolites are the substances made and used during these metabolic processes—or, as a new discovery out of Scripps Research and its drug development arm, Calibr, indicates, they could also be potent molecules for treating severe diseases.

In a study from Metabolites published in August 2022, the researchers used novel drug discovery technologies to uncover a metabolite that converts white fat cells (“bad” fat) to brown fat (“good” fat) cells. This discovery offers a potential way of addressing metabolic conditions like obesity, type 2 diabetes and cardiovascular disease. Even more, it speaks to the promise of using this creative drug discovery method to identify countless other potential therapeutics.

“The reason many types of molecules don’t go to market is because of toxicity,” says co-senior author Gary Siuzdak, Ph.D., the senior director of the Scripps Center for Metabolomics and professor of Chemistry, Molecular and Computational Biology at Scripps Research. “With our technology, we can pull out endogenous metabolites—meaning the ones that the body makes on its own—that can have the same impact as a drug with less side effects. The potential of this approach is even evidenced by the FDA’s recent approval of Relyvrio, the combination of two endogenous metabolites for the treatment of amyotrophic lateral sclerosis (ALS).”

Metabolic diseases are often caused by an imbalance in energy homeostasis—in other words, when the body takes in more energy than it expends. This is why certain therapeutic approaches have centered around converting white fat cells (known as adipocytes) into brown fat cells. White adipocytes store excess energy and can eventually result in metabolic diseases like obesity, while brown adipocytes dissolve this stored energy into heat—ultimately increasing the body’s energy expenditure and helping bring it back into balance.

To uncover a therapy that could stimulate the production of brown adipocytes, the researchers searched through Calibr’s ReFRAME drug-repurposing collection—a library of 14,000 known drug compounds that have been approved by the FDA for other diseases or have been extensively tested for human safety. Using high-throughput screening—an automated drug discovery method for searching through large pools of information—the scientists scanned ReFRAME for a drug with these specific capabilities.

This is how they uncovered zafirlukast, an FDA-approved drug used for treating asthma. Through a set of cell culture experiments, they found zafirlukast could turn adipocyte precursor cells (known as preadipocytes) into predominantly brown adipocytes, as well as convert white adipocytes into brown adipocytes.

While an encouraging find, zafirlukast is toxic when administered at higher doses, and it wasn’t entirely clear how zafirlukast was converting the fat cells. This is when the researchers partnered with Siuzdak and his team of metabolite experts.

“We needed to use additional tools to break down the chemicals in zafirlukast’s mechanism,” says Kristen Johnson, Ph.D., co-senior author of the paper and a director in Translational Drug Discovery Research at Calibr. “Framed another way, could we find a metabolite that was providing the same functional effect that zafirlukast was, but without the side effects?”

Siuzdak and his team designed a novel set of experiments, known as drug-initiated activity metabolomics (DIAM) screening, to help answer Johnson’s question. DIAM uses technologies such as liquid chromatography (a tool that separates components in a mixture) and mass spectrometry (an analytical technique that separates particles by weight and charge) to pool through thousands of molecules and identify specific metabolites. In this case, the researchers were searching through adipose tissue for metabolites that could lead to brown adipocyte cell production.

“Identifying myristoylglycine among the thousands of other molecules speaks to the power of Siuzdak’s approach and these technologies,” adds Johnson. “Our findings illustrate what happens when an analytical chemistry team and a drug discovery group closely collaborate with each other.”

Conclusion: So above is the Drug discovery method identifies naturally occurring metabolite that converts ‘bad’ fat to ‘good’ fat article. Hopefully with this article you can help you in life, always follow and read our good articles on the website: Zliu.info 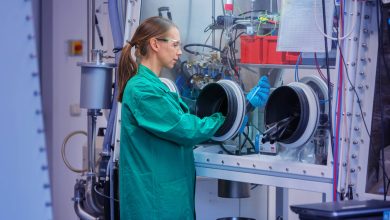 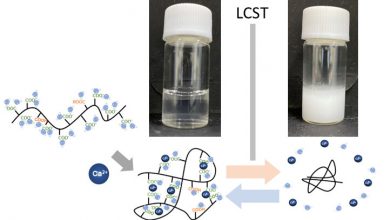