Alphabet Inc.’s Google unveiled a series of planned upgrades to its search and maps services revealing the company’s augmented reality ambitions—and its appeal to a generation of internet users drifting away from the company.

The new features include ways for people to search for nearby items using images and identify physical objects with their smartphone cameras. On Google Maps, the company promised a way for people to explore detailed 3D digital models of landmarks and neighborhoods before setting foot in person. Google shared the plans on Wednesday for the first day of its annual I/O developer conference held near its Mountain View, California headquarters.

Google is working to keep its products relevant and growing as users’ needs evolve beyond text. “Search should be something that you can do anywhere, in any way you want, using any of your senses,” Prabhakar Raghavan, Google’s senior vice president and product chief, said in an interview. Google’s core search advertising business has continued to grow steadily during the pandemic, despite recent middling financial results. Yet the I/O announcements underscored nascent threats Google sees to its flagship services.

People in emerging markets are more likely to search with voice features than typing, which has driven Google to invest more in its voice assistant feature. And according to Google, younger internet users have started turning to social media apps for both entertainment and information on world events and daily decisions. “They could start at Instagram or TikTok to figure out where to go for lunch,” said Raghavan. “We see a tendency—a demand even—to interact with the physical world.”

He added, “We have to look at our role in that and make sure we don’t remain stuck in the past when the audience is seeking something beyond.”

Google will start letting people use photos and text together in local searches with a new “multisearch” update that taps its computer vision and data resources. This feature identifies products nearby, which will likely appeal to marketers that pay for ads in a certain geographic proximity to a user.

And Google is expanding the utility of Lens, its feature for identifying objects in the real world, which investors are eager to see contribute more to its e-commerce operations. Google said there are over 8 billion visual searches on Lens a month, up threefold from a year ago. Raghavan introduced the Lens search feature by promising consumers could find a particular product at a pharmacy or a Black-owned wine label at a local corner store.

As part of an effort to increase news literacy, Google is expanding a tool it unveiled last year, called “About this Result,” beyond search. Today, the tool is available in English on search results, letting users see a short description of a website, such as its political leaning or its governmental affiliation, before they visit it. Soon, when users view a website on the Google app, they will be able to see information about the source while they’re already on the website.

The company also demonstrated a more “immersive” version of its maps product. The company said people will be able to zoom in and view the architecture of sites like Big Ben up close, and use a tool to understand what it looks like at different times of day, in order to guess traffic, crowd size or weather conditions. In the future, developers will be able to build similarly three-dimensional experiences. Raghavan stressed that these were early trials and not a proof of the next computing frontier. “For this to really blossom into a metaverse or something of that nature, we need 200 or 2,000 such experiences,” he said. “We’re so early in the game that I’m not anxious to rush into characterizing the phenomenon yet.”

Google this year shied away from making grand pronouncements about futuristic virtual and augmented reality tools. A decade ago, co-founder Sergey Brin skydived into the conference wearing the Google Glass headgear; the company showcased several VR units in later years. All of those projects have been shelved or set aside. Google has since focused more deeply on artificial intelligence and, unlike rival Meta Platforms Inc., hasn’t eagerly pitched a vision of a virtual world replacing our own.To beef up personal account security, Google announced new safety tools to its products. The Account Safety status will appear as a yellow circle around users’ avatars when there is something that needs their attention. The company added that while working on Google Docs, Sheets and Slides, users should expect more proactive phishing alerts soon.

The company also unveiled what it is calling a new Protected Computing Initiative. To help users protect their personal contact information, Google is launching a new tool that lets people flag their phone numbers or addresses when they appear in a public search. The company said it would continue its efforts to remove personal identifying information from account data and invest robustly in encryption.

Like prior I/O events, most of what Google shared isn’t available yet. The Maps features will begin in Los Angeles, New York, London, San Francisco and Tokyo, coming to more cities later, the company said. The new search features will be released later this year.

Conclusion: So above is the Google is remaking search, maps for the TikTok generation article. Hopefully with this article you can help you in life, always follow and read our good articles on the website: Zliu.info 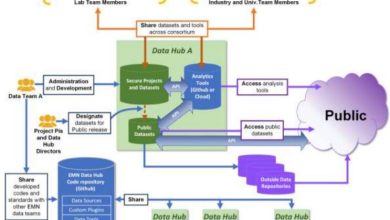 Looking for free broadband in Southern California? Here’s how to find it