The Inflation Reduction Act (IRA) is both the most important federal climate legislation ever and sadly inadequate to protect the U.S. and the world from the effects of climate change. Where it falls short, states could intervene with tougher regulations—but many won’t. That leaves corporations, which can pressure their suppliers to take the actions necessary to prevent global warming’s most devastating effects.

Several expert assessments agree that the IRA will reduce U.S. greenhouse gas emissions by up to a billion tons per year by 2030.

If fully realized, the IRA’s policies get us one-third of the way to a safe and stable climate, one that avoids global warming beyond two degrees Celsius above the preindustrial average. Where will the other two-thirds of emissions reductions come from?

Between the Senate filibuster and the Supreme Court’s restrictive ruling in West Virginia v. Environmental Protection Agency, it’s unlikely that major new federal legislation or regulations with carbon limits will emerge. State governments could act, but half of U.S. emissions come from states that are indifferent or hostile to reducing their emissions.

A surprising ray of hope emerges from a new study showing that global supply chain contracting networks could play a role in climate change response. Corporations can require each supplier to cut emissions in order to continue doing business with them.

According to CDP International, a nonprofit that manages corporate emissions disclosures, the average corporation’s supply chain is responsible for 11 times more emissions than the company itself, making the contracts that govern supply chains a powerful tool for climate mitigation. CDP’s analysis finds that existing supply chain contract requirements by 200 major corporations have induced almost 24,000 companies to reduce their greenhouse gas emissions. The result: Companies are rapidly cutting emissions from their supply chains, with 1.8 billion tons cut in 2021 alone.

In comparison, the IRA is not expected to reach emissions reductions of 1 billion tons per year until 2030. Supply chain contracting is already doing more to reduce emissions than the IRA will eight years from now.

Large companies such as Facebook, Google and Amazon have driven rapid growth of renewable energy, even in states with few climate change regulations. For instance, companies are imposing supply chain requirements on suppliers in the South, the region that has led the state-level resistance to climate change mitigation but has emissions roughly equal to those of Germany, the sixth- or seventh-highest-emitting country.

Walmart, the largest retailer in the world, with thousands of suppliers, has worked with the Environmental Defense Fund and other environmental groups on Project Gigaton, which aims to eliminate a billion tons of carbon emissions from Walmart’s supply chain between 2017 and 2030. That would have the same impact as Germany becoming carbon neutral a year ahead of schedule.

Facing pressure as a leading Walmart supplier, Tyson Foods recently worked with the Environmental Defense Fund to reduce carbon emissions from its own suppliers—and that’s how the “chain” comes into play. Tyson was recognized as one of Walmart’s 1,029 “Giga Gurus,” a group of suppliers that agree to set carbon emissions goals, share them publicly, and report avoided emissions in the last year—the same types of action that a government regulatory program would require.

Ingersoll Rand, based in North Carolina, responded to pressure from its corporate customers by developing more sustainable transport options. Kimberly-Clark, the Texas-based maker of Huggies and dozens of other everyday products, is pushing its timber suppliers in Alabama and Mississippi to improve climate-related forestry practices. Missouri-based beer giant Anheuser-Busch has committed to powering its U.S. brewing and production facilities with renewable power—and it has developed a program to encourage decarbonization by its suppliers and its suppliers’ suppliers. Politics doesn’t have to get involved. Many of these corporations are hardly known for being progressive.

See also  Can the energy tax in Germany lead to a yellow vest movement?
Powered by Inline Related Posts

Private-sector initiatives have the potential to step in where government has failed to curb emissions and also reduce the partisan gridlock behind those failures. Most people in the U.S., including a majority of Democrats, think big government is a greater threat to the nation than big business, and this mistrust reduces support for climate policy. Learning about nongovernmental responses to climate change can boost conservatives’ and moderates’ trust in climate science and support for government action.

Of course, we shouldn’t fall into the common trap of the “panacea bias,” which leads people to consider only actions or policies that single-handedly solve complex problems. Such policies don’t exist for a problem as large as climate change.

Rather, we must address large, messy problems with as many smaller actions as possible: some by the federal government, some by state or local governments, some by private businesses or other organizations.

The Inflation Reduction Act is an important step for climate policy in the United States, and it will do a great deal to help our nation meet its climate goals. But it will not hit those targets on its own. Private-sector actions, such as environmental supply chain contracting, can fill the gaps that remain to secure a more stable climate.

Conclusion: So above is the How companies can strong-arm their suppliers into cutting carbon emissions article. Hopefully with this article you can help you in life, always follow and read our good articles on the website: Zliu.info

India’s enormous solar park was meant to help poor communities. But it left the landless stricken 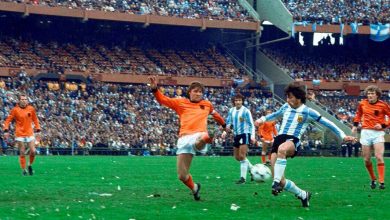 Dictatorships use sporting events as smokescreen for political repression