The latest top baby names in England and Wales have been published, and as usual, the list of names is divided into those given to girls (at the top are Olivia, Amelia and Isla) and those given to boys (Noah, Oliver and George are the top three here).

Noah has moved up three places since 2020, to replace Oliver as the most popular name for baby boys. In the boy’s top ten, however, there has not been much further movement, with only one new entry (Henry, ranked tenth and up one place compared to 2020, and replacing Jack).

These are changes that suggest that names for boys have more stability than names for girls and that parents are less willing to make risky choices when it comes to names for boys. Research shows that parents remain more bound by tradition in naming their sons because boys’ names retain more cultural value than girls’ do.

Jump forward to 2021 and there are now 1,173 two-part names for girls (Ivy-Rose being the most popular, ranked at 247). Boys’ double names have also gained ground, but not nearly as much: they numbered 434 in 2021, and the highest ranking two-part boys’ name—Tommy-Lee—sat only at number 457. Double-barrelled forenames seem to be an option that parents of boys are less likely to choose.

There is also a notable difference in the size of the baby-name pool for boys and for girls. In 1996, the data listed 2,836 names given to boys that year, compared to 3,795 names given to girls. By 2021, those numbers had risen to 4,789 and 5,581, respectively. The greater variety of names for baby girls is another sign that parents are less cautious when naming their daughters than they are with their sons.

Research suggests that forenames for boys are seen as signaling ethnic credentials or heritage more often than those for girls do. This finding helps explain why the boys’ name Muhammad ranks fifth in the top names given to boys in England and Wales in 2021.

More generally, and despite some progress toward gender equality in many societies, it has been argued that boys and men are still seen to hold more prestige and value than girls and women. Simply put, at a cultural level, names for baby girls matter less than names for baby boys, and so parents of baby girls are less bound by convention or tradition.

Interestingly, of the top three most popular baby names this year, Noah is the only one to be given to both boys and girls. Although, only 12 girls were given that name in 2021 compared to 4,525 boys. But there were no boys at all who were named Olivia, Amelia or Isla. Nor were there any girls named Oliver or George.

In the 2021 list of baby names, River is a strong candidate for the most popular gender-neutral name. Ranked at position 131 in the boys’ list and given to 442 boys, it was also given to 423 girls, and ranked higher, in terms of popularity, at position 119.

Research also shows that when otherwise gender-neutral names begin to be given “too often” to girls—as happened with Taylor in the 1990s in the US—parents of boys begin to abandon those names. This is argued to be especially true for names like Ashley that have a long-e suffix. Here, the changed gender connotations of the long-e sound over time have made such names seem more suitable for girls. In other words, perceived over-use of gender-neutral names for girls can “contaminate” that name as a good option for boys: they lose their perceived neutrality and become thought of more as girls’ names.

Again, this stems from the lower cultural value ascribed to girls’ names as compared to boys’ names. And it represents a barrier to any significant rise in the popularity of gender-neutral names in the near future.

See also  Young adults and the courts: Prosecution and prejudice in the UK
Powered by Inline Related Posts

Conclusion: So above is the How parents take more risks when naming girls than boys article. Hopefully with this article you can help you in life, always follow and read our good articles on the website: Zliu.info 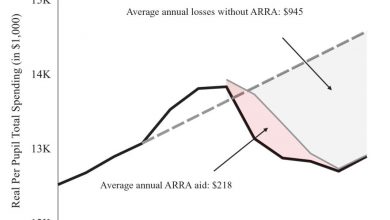