Imagine focusing on one thing so well that you can control its movement. Now, imagine mentally selecting colors and shapes to create an abstract image—a brain painting. USF computer scientist Marvin Andujar is harnessing the power of concentration and art to develop a new brain-computer interface (BCI) prototype and help study participants use their brain like never before. The goal is to introduce a novel treatment option for individuals with Attention-Deficit/Hyperactivity Disorder (ADHD) by tapping directly into their brain activity.

“This type of brain-computer interaction is more of a brain exercise to improve your attention,” Andujar said. “We’re trying to see how we can narrow that focus over time.”

Similar to Andujar’s previous work with brain-controlled drones, participants’ complete attention is required. To fly forward, a user must focus on a specific movement, such as walking. Individuals from the ADHD community approached Andujar after learning how the brain-controlled drone project harnessed attention span and asked for a device they could use at home.

“That’s why we started working on making brain painting into a tool where those with ADHD can train their attention while doing something creative,” Andujar said.

Andujar just wrapped up a two-year pilot study. He and his students collected data from participants who are mainly college students with ADHD who need additional help to focus throughout the semester and pass exams. The most common treatment prescribed is Adderall—a medication known to disturb eating and sleeping patterns.

“In the world of technology, with phone and social media, it’s easy to get distracted,” Andujar said. “The idea of BCIs is similar to meditation practices because the mind is required to focus.”

Improvements are measured by how long one can hold their attention without letting their minds wander. With brain painting, users wear a BCI and focus on screen options and interact with blinking controls to paint on a blank canvas.

BCIs are pathway devices that read electrical brain signals to facilitate interaction with external objects, such as a prosthetic limb or drone. With Andujar’s BCI brain painting method, participants wear a device lined with sensors and choose from a limited selection of colors, shapes or controls by focusing on one at a time. A blinking light lets the user know when their selection is recognized. This feedback causes a stimulus spike in the parietal lobe (the part of the brain responsible for sensory perception and integration) and is detected by the sensors. These spikes are then classified by an algorithm and saved on project hard drive as a user profile.

“Everyone’s brain activity is unique, so each participant has to train the system to detect their decision making. Accuracy and speed improve the more it’s done,” Andujar said.

Brain painting is a BCI method first used to help ALS patients create art. Andujar modified this method to implement two versions—a 2D and virtual reality (VR) version. In the VR experience, participants can fully immerse themselves within the environment while painting. The hope is this work will also help those struggling with mental health.

“Art has shown to elicit positive emotions, so with the VR version, we are asking how will concentration and emotion improve when also being immersed inside your own painting?” Andujar said.

Conclusion: So above is the New brain-painting method being tested for ADHD treatment article. Hopefully with this article you can help you in life, always follow and read our good articles on the website: Zliu.info

Fancy a side of 3D printed carrots and crickets with your meal? 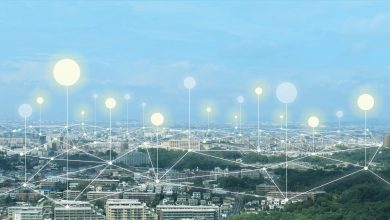 An insect-computer hybrid system for search operations in disasters

A universe of sensors on an all-in-one wireless platform