“Plant blindness” is caused by a lack of exposure to nature and could be cured by close contact through activities such as wild food foraging, a study shows.

A lack of awareness and appreciation for native flora stems from diminished time with plants, and is not an innate part of being human, according to the research.

This leads to the common misperceptions that plants are ‘less alive’ than animals.

Researchers say the key to breaking the cycle of plant awareness disparity lies in introducing individuals to biodiverse places and altering their perceptions of the perceived utility of plants. Plant blindness is a well-evidenced lack of interest and awareness for plants in urban societies, as compared to animals.

The research, by Dr. Bethan Stagg from the University of Exeter and Professor Justin Dillon from UCL, shows people’s plant awareness develops where they have frequent interactions with plants that have direct relevance to their lives.

Researchers examined 326 articles published in academic journals from 1998 to 2020. Most showed people had more interest and paid more attention—and were more likely to remember—information about animals.

There was no concrete evidence this was an innate human characteristic, instead, diminished experience of nature in urbanized societies appeared to be the cause. It was not inevitable if people had regular contact with plants.

The research shows a decline in relevant experience with plants leads to a cyclical process of inattention. This can be addressed through first-hand experiences of edible and useful plants in local environments.

Studies showed it was common for children—especially when young—to see plants as inferior to animals and not to be able to identify many species.

Plant awareness disparity was reported in teachers as well as students, particularly in primary teachers who had not graduated in a science subject.

Older people had better plant knowledge, which studies suggest was because they were more likely to have nature-related hobbies.

Thirty-five studies found that modernization or urbanization had a negative impact on plant knowledge. The increased reliance on urban services and a cash economy reduced the utility of plant foraging. School attendance and work reduced the time available to spend in the natural environment. These factors also reduced the time spent with family, negatively impacting the oral transmission of plant knowledge between children and older relatives.

Dr. Stagg says that “people living in highly industrialized countries have a plant attention deficit due to a decline in relevant experience with plants, as opposed to a cognitive impediment to the visual perception of plants. People living in rural communities in low and middle-income countries were more likely to have high plant knowledge due to a dependence on natural resources. Interestingly, economic development does not necessarily lead to this knowledge being lost if communities still have access to the biodiverse environments.”

“The key is to demonstrate some direct benefits of plants to people, as opposed to the indirect benefits through their pharmaceutical and industrial applications, or their value to remote, traditional societies. The level of botanical knowledge in younger generations is shown to be directly related to their perceived usefulness of this knowledge.”

“‘Wild plant’ foraging shows considerable promise in this respect, both as a way of introducing people to multiple species and connecting them with some ‘modern-day’ health, cultural and recreational uses.”

The research was published in PLANTS, PEOPLE, PLANET.

Conclusion: So above is the ‘Plant blindness’ is caused by urban life and could be cured through wild food foraging, study shows article. Hopefully with this article you can help you in life, always follow and read our good articles on the website: Zliu.info

Dinosaur ‘mummies’ might not be as unusual as we think 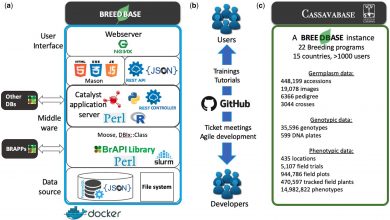 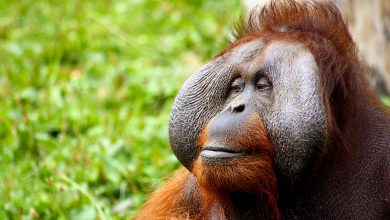 Restoring the orangutan in Whole-Earth or Half-Earth contexts