Cows are out—at least as far as milking goes. The replacement: cell-based milk. The company says it is able to create raw milk using cells from mammals. The cells are then grown in TurtleTree’s labs and milk is ultimately produced. In giant bioreactors, the cells stick to tiny straws, the fluid is then drawn through the straws, and milk comes out the other end.

TurtleTree is in the final phases of constructing a 24,000 square foot research and development facility in West Sacramento, California.

Armed with $40 million from venture capital investors, TurtleTree is moving from a joint business incubation facility in Woodland shared with several dozen food and agricultural startups to its own research and development facility.

The facility is scheduled to open within the next several months though no formal date has been set.

“The Sacramento area is a hub for us,” said TurtleTree co-founder and CEO Fengru Lin. “There is no turning back. We are committed to this area.”

TurtleTree also has a headquarters in Singapore, the city-state that is Lin’s hometown, and a lab facility in Boston, where she attended MIT majoring in biotechnology before going to business school in France.

The Sacramento area connection has to do with The University of California Davis campus and its labs studying milk, which brought Lin to the region for partnership agreements.

The TurtleTree U.S. facility will house 40 jobs initially from food scientists to engineers.

Whether more jobs will develop, and the Sacramento region will go on the map as one of the first suppliers of cell-based milk in the world, is unclear.

She also said that plant-based milks come with their own set of environmental issues. Almond milk, for example, has been shown to require large amount of water. Oat milk contributes to issues like monocropping, which impacts soil health.

TurtleTree’s products will also need the approval of the federal Food and Drug Administration. Cell-based milk is currently not approved for purchase.

Groundbreaking began last February on Aggie Square, a more than $1 billion complex on the University of California Davis Sacramento campus being built to attract life science companies. But most of the 1.2 million square feet of lab and office space is unrented.

How popular could cell-based milk be?

There’s been limited research on the market for cell-based milk with one study calling it a niche product. But a niche product with limited sales could still be a financial goldmine in the $871 billion global dairy industry.

Lin argues that cell-based milk means reductions in animal cruelty, alleviates health concerns of the consumption of milk as well as environmental concerns.

She said dairy intake from a health viewpoint has been linked to both high cholesterol and high blood pressure. Others are shut out from buying conventional milk because of lactose intolerance.

But even if everything goes right for TurtleTree, cell-based milk won’t be flying off the supermarket shelves without great taste.

While some consumers in select areas of the west and east coast of the U.S. might buy a product because it is healthy or doesn’t damage the environment, Lin said the majority will be swayed by taste.

“I sincerely believe we will make food that thrills, delights, and tantalizes again—and then the revolution can truly begin,” she said.

Lin said the goal is for people to actually choose alternative proteins not because of what they intellectually know (that it’s good for the planet, animals, and their health), but because it’s what they intrinsically want.

On Sept. 27, TurtleTree hired chef and sustainability advocate Dominique Crenn as its food innovation advisor, part of the plan to turn out food products that taste good.

Crenn is the only female chef in the United States to receive three Michelin stars, for her flagship restaurant Atelier Crenn in San Francisco. She was also the star of Netflix’s hit series “Chef’s Table.”

TurtleeTree was born in 2019 in Singapore. It came out of Lin’s desire to learn cheese making.

“I went up to Vermont for a couple of weeks to learn how to make cheese, and I wanted to make cheese in Singapore and Asia, but of course there are no cows,” she said. “I had to try to access milk from Indonesia, from Thailand. And yet today there are problems around farming, around hormones and antibiotics coming to the cows, and that affects the milk quality, that affects how the cheese pans out. So I gave up that whole idea.”

Starting in 2020, TurtleTree raised the first of $40 million in venture capital funding. She said the money should allow the company to continue its research and commercialization of products.

The name, TurtleTree, and its fingerprint-like logo represent longevity and the team’s mission to unlock solutions that help nature and humans at the same time. “Our goal,” Lin said, “is to be seen as the gold standard for sustainable food technology when it comes to milk production”.

Lin sees the production of cell-based milk being at least several years away in part because TurtleTree needs to refine the process of extracting high-value dairy-based bioactives like lactoferrin in a cost-efficient way.

She said extracting lactoferrin from cow’s milk is a highly costly and inefficient process- for one, cow’s milk only contains lactoferrin in very low concentrations (only 100mg/1L of milk i.e. about 0.0001%.) as compared to human milk.

Lin said cell-based milk needs to be price competitive with regular milk for it to sell. She said market prices can fluctuate between several hundred dollars to $2000 for a kg of bovine lactoferrin.

TurtleTree is also looking for revenue sources sooner rather than later so it is developing more immediate plans to get its products or ingredients on supermarket shelves such as nutritional productions for infants or the elderly that are much more expensive than the average price of milk.

Lin said TurtleTree is exploring contracting with existing food companies to put its lab version of lactoferrin in their products or co-branding a joint product.

TurtleTree also has several competitors who are trying to produce cell-based milk including an Israeli company, Wilk Technologies. The company has gone public and received $2 million funding from Coca-Cola in Israel.

While the $40 million in initial funding will allow TurtleTree to continue its research and development for several years, Lin said more funding is essential to the company’s long-term vision of producing environmentally friendly, sustainable milk products.

She hopes that food products expected to be introduced in the marketplace next year will demonstrate to investors that a new funding round is in order.

“We are trying to set ourselves up for success,” she said.

Conclusion: So above is the Will cell-based milk change the dairy industry? This California lab could lead the way article. Hopefully with this article you can help you in life, always follow and read our good articles on the website: Zliu.info 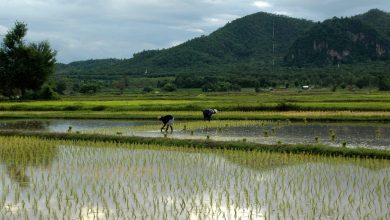