Many plant species, probably including a third of all trees, are threatened by extinction. One of the growing threats is rapid climate change and the inability of plants to move rapidly enough, or cross barriers, to places where they can persist. This threat is particularly acute for species that live on or near cool mountain tops and have no opportunity to go ever higher as temperatures increase. A research team investigated the implication of climate change for the distribution of such species. They found that “gaps” in the forest may be key.

Despite a long history of research on species distributions, we do not fully comprehend the mechanisms that determine where different tree species can and cannot occur. For example, temperature has long been assumed to be the main determinant in mountains. However, competition among species can also play a major role in preventing some from occurring where they otherwise might. As a result, observed distributions may not represent the complete range of conditions that a species can, at least sometimes, tolerate. Recognizing these nuances is critical for forecasting and managing the impacts of climate change, because many species may be able to endure warming temperatures if competition is managed.

To improve our understanding of these opportunities, researchers of Wageningen University & Research and Norwegian University of Life Sciences, with support from the Centro Agronómico Tropical de Investigación y Enseñanza established a seedling transplant experiment scattered across Costa Rica’s Talamanca Mountains.

This area has perfect conditions for investigating the mechanisms that underlie tree distribution. The researchers transplanted seedlings of various tree species both above (to colder temperatures) and below (to warmer temperatures) the elevation ranges where they are normally observed. This was done both in areas with full access to light, and in shadier locations inside the forest.

Miguel Muñoz Mazón, who developed the study as part of his Ph.D., said, “We aimed to separate the role of temperature and competition for light on species survival and growth. In brief, our results show that some tropical tree species that naturally occur only high on cool mountains can persist much lower where it is warm if they have enough light.”

The team’s findings were recently published in the journal Oikos. After a year and a half, the researchers discovered that when some species were transplanted in the open with good light in forest gaps, they survived and grew in much lower and warmer locations. Muñoz Mazón said, “It was remarkable to observe that species like the native high elevation shrub Hypericum irazuense could thrive at temperatures 10 degrees Celsius warmer than where it now occurs. Our findings give hope that some effects of climate change may be somewhat ameliorated for at least some species by suitable management.”

Persistence of species in a warmer future may depend on tolerating a changing climate and subsequent changes in the species’ community. This will be especially important in habitats, such as mountain tops, where dispersal is limited. These locations often represent “islands” surrounded by a sea of forest. Muñoz Mazón said, “With climate change we expect some of these species to rise and occur at higher elevations, with potential negative implications for the species already present there.”

The study argues that creating suitable gaps in forest cover that allow young plants sufficient opportunity to establish and grow may play a critical role in ensuring the persistence, and slowing the loss, of many tree species. Ensuring such gaps are available, whether though natural or managed processes, may help at least some species persist within their present ranges.

“We were excited by this proof of concept. The next stage will be to clarify what management options can be applied to which species and what the gains can be,” said Douglas Sheil, professor in Wageningen University, who initiated the project.

Conclusion: So above is the Will tropical mountain tree species adjust to warming temperatures? article. Hopefully with this article you can help you in life, always follow and read our good articles on the website: Zliu.info 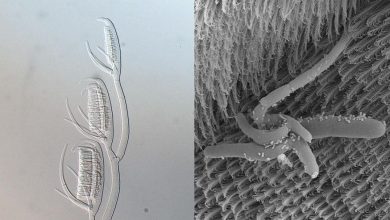 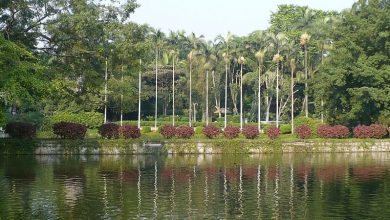 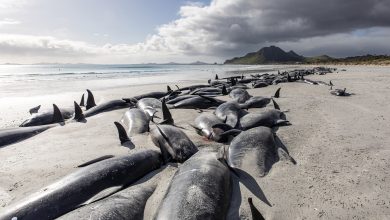